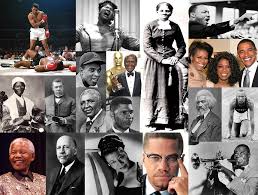 A few years ago I heard the most profound thought from a speaker. In short she said that God was not a racist. That hit me straight in the gut. Now when she shared this bit of information she was not trying to be harsh or mean but helping those that were present to look at life through a different lens that we had learned.

Let me back up a bit so that you can understand where we are going on this journey. For many years both as a child and as an adult, I have heard the message of how someone else had the power to make decisions that affect me. I have heard and shared messages that say that certain things are not afforded to me because of my color. I have been told that affluence would never know my name or my children’s name because of the race I was born. Never mind all the examples that I saw everyday that were the total opposite of those lies.

I was made a victim before I ever knew that I was a victor by well meaning people who did not want to see my dreams crushed. This month as I and many others celebrate the accomplishments of a seemingly exclusive group of black people, the messages of “unattainable” and “except you” are still stated in some way. I shake my head at the foolishness that I have accepted and repeated for years. Living the life of a victim simply because success doesn’t come easy–I’m ashamed of my own participation and perpetuation of the message. The message that says that I am somehow less than my brother from another mother is a lie.

I can’t answer for anyone but me. I lost perspective even though hope was staring me in the face every day. I was taught by teachers who were educated in a college or university. I saw and worked with doctors and other professionals who worked their way through school and obtained all of the necessary licenses for their profession. I went to church with business owners and repairmen. I eventually voted for some men and women who represent some of my views on politics. I was alive to see a prisoner against apartheid receive a pardon and become president of his nation. I lived to see a president that was educated at an Ivy League school win a second term.

Are they some exception to the rule that gave them a free pass? What did they do differently or hear differently than me and so many others that believe the lie? What made them not give up and lose hope? I haven’t had the opportunity to talk to them but I am pretty sure that one of the answers is that they never gave up. They believed that something bigger than them would give them strength to do all things that they were created to do (Philippians 4:13).They chose to believe that they were more than conquerors despite the obstacles that they faced or continue to face (Romans 8:37). They were confident of this very thing that He who begun a good work in them would complete it until the day of Jesus Christ (Philippians 1:6).

What truth will you believe to help you to know that you are more than a conqueror?

Just another day’s journey of accepting my place in the world. Peace.